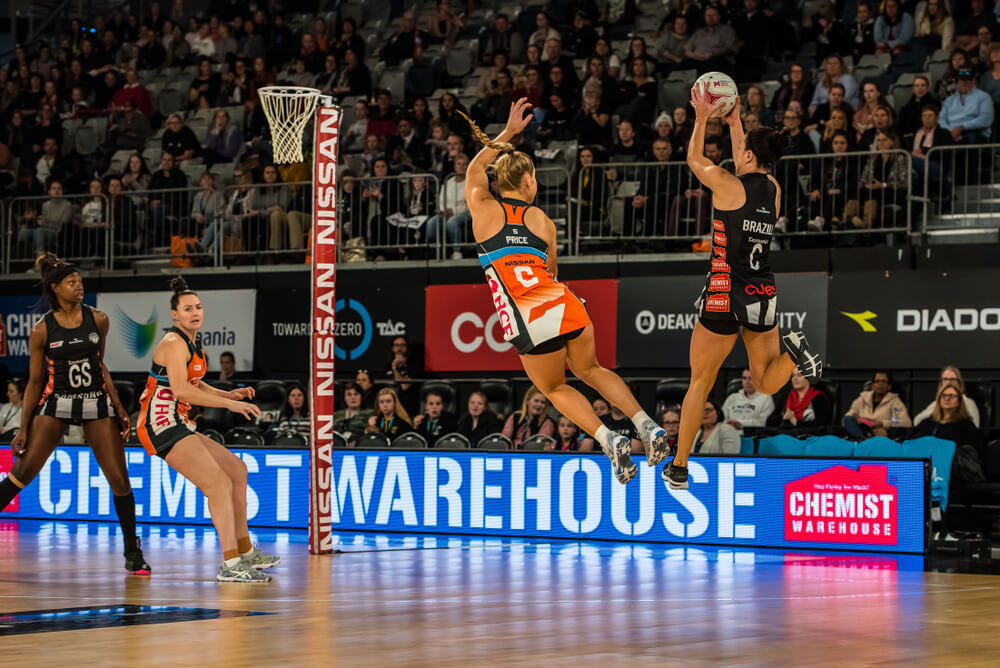 As the most popular women’s sport in Australia, netball has an estimated one million players across the country. In fact, there are more than 20 million playing netball worldwide! Netball is a fast-paced sport that involves jumping, pivoting, twisting and moving quickly to catch, pass and shoot the ball – it is this fast-moving nature that may lead to a number of injuries within players, particularly knee injuries. If you are a netball player or are the parent of a young netball player, it is important to understand the types of injuries that may occur during netball and how they may be prevented or dealt with. Read on to find out more about some of the commonly asked questions regarding knee injuries in netball.

What is the most common injury in netball?

The pivoting, twisting and jumping involved in netball, as well as the rapid acceleration and deceleration of players, commonly results in knee injuries. Approximately 25% of the major injuries that occur during netball are Anterior Cruciate Ligament (ACL) injuries, with females between 2-10 times more likely to rupture their ACL while playing high risk sports such as netball.

Tell me more about ACL Injuries

The ACL is one of the key ligaments that stabilises the knee joint, with most injury to the ACL occurring without player-on-player contact. ACL injuries commonly occur during sports such as netball, basketball, soccer, tennis and AFL because of the sudden stopping, changing direction whilst running/moving quickly or landing awkwardly from a jump. You can read more about ACL Injuries and Summer Sports in Dr Buelow’s previous blog.

How can I prevent knee injuries during participation?

Due to the high rates of knee injuries sustained while playing netball and the evidence regarding the success of injury prevention programs, Netball Australia has introduced the KNEE program for implementation across both professional and amateur netball leagues. This program encourages players to incorporate a number of knee-specific exercises as part of warm up and training routines. The KNEE program aims to improve each player’s strength, technique and agility as a means of helping to prevent knee injuries.

What are the signs of an ACL tear?

If you have sustained a serious injury during a game of netball, such as an ACL tear, the injury is generally accompanied by signs and symptoms such as:

If I injure my knee while playing netball, what do I do?

As soon as the injury has occurred, you should receive prompt first aid care – following the Rest, Ice, Compression, Elevation (R.I.C.E.) model – to reduce pain and swelling. You should also seek immediate care from a medical professional: your aim should be to get a quick and accurate diagnosis of the severity of your injury to ensure your injury is properly treated. As well as performing a physical exam of your knee, a doctor may carry out tests such as x-rays, an MRI or an ultrasound to better understand the injury.

Is surgery required for knee injuries sustained during netball?

Knee injuries such as ACL tears can be devasting to netball players, as surgery is required to repair and reconstruct the torn ligament. This surgery is known as an ACL reconstruction.

What is involved in an ACL reconstruction?

In brief, an ACL reconstruction involves surgery to reconstruct the ligament using a tendon from somewhere else in your body – usually from one of your hamstring tendons! Patients or specialists may opt to use grafts from other tendons. Post-surgery, players require prolonged rehabilitation to achieve the best result.

If your goal is to get back to playing the sport you love after experiencing an ACL injury, you can trust Dr Buelow to support you on your road to recovery. Dr Buelow is Perth-based orthopaedic surgeon with a wealth of knowledge and experience in performing ACL reconstructions on sports players and patients. Contact Dr Jens Buelow’s office today to book a consultation for your ACL reconstruction.